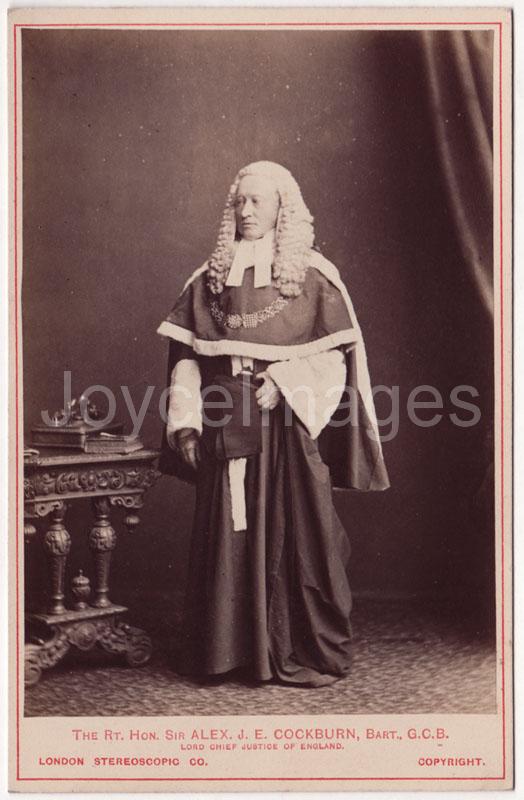 Another prominent person by this name was the judge Sir Alexander Cockburn who was involved in the 'treason felony' trial of Michael Davitt (1870) and sentenced him to 15 years of penal servitude. He also handled the case of the Tichborne claimant, Arthur Orton in 1873-74, who was found guilty perjury; Justice Cockburn sentenced him, on February 28th 1874, to 14 years of penal servitude.