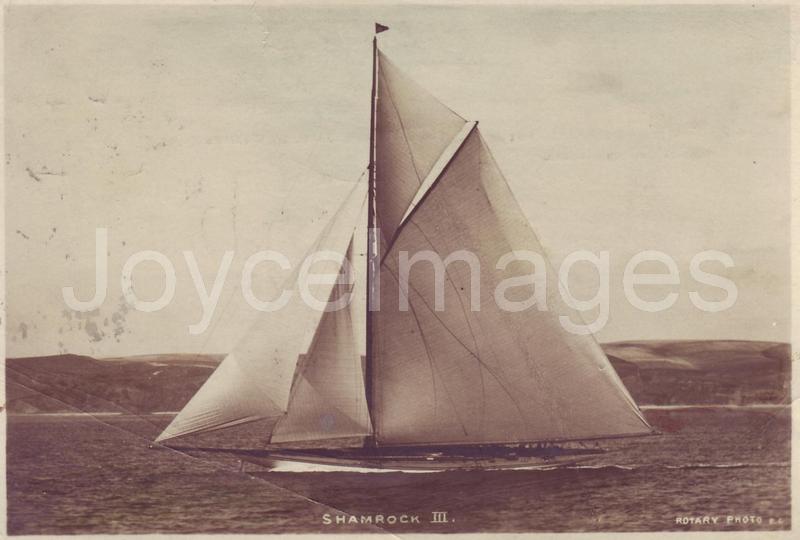 Between 1899 and 1930 Lipton challenged the American holders of the America's Cup through the Royal Ulster Yacht Club five times with his yachts called Shamrock -Shamrock V. His well publicised attempts, which earned him a specially designed cup 'best of all losers' cup, made his tea brand famous in the U.S. This PC, postmarked 1904, shows Shamrock III.