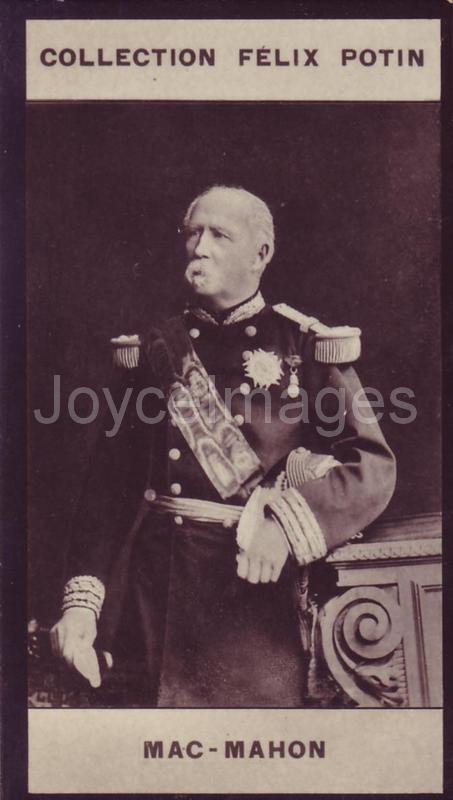 Marie Edme Patrice Maurice de Mac-Mahon, duc de Magenta, Marshal of France (1808 - 1893) was a French politician of Irish descent. His ancestors, originally from Co. Clare, settled in France from Co. Limerick during the reign of James II, owing to the Penal Laws. They applied for naturalization in 1749. His family became part of the French nobility (his grandfather was named Marquis d'Equilly by King Louis XV) and practiced royalist politics. Patrice was the 16th of 17 children. He was educated at the College of Louis Le Grand and at the Academy of St-Cyr, graduating in 1827. He became Chief of State of France (1873 - 1875) and later served as the first president of the Third Republic (1875 - 1879).