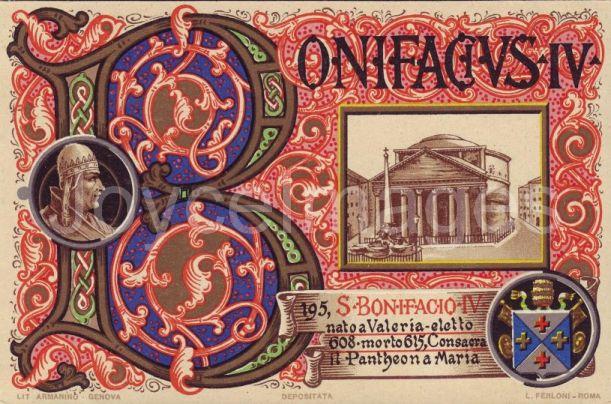 There are several S. Bonifacius but Pope Bonifacius IV (c.550 - 608) is a likely candidate, as he was a contemporary of, and corresponded with S. Columba. He was a student of S. Gregory the great, then a Benedictine monk in Rome. He was chosen 67th Pope in 608. He converted the Roman temple of the old gods, the Pantheon, to a Christian church dedicated to Our Lady and all the saints, supported the expansion of the faith into England, encouraged reforms among the clergy, and balanced it with improvements in their living and working conditions. Feast May 8.