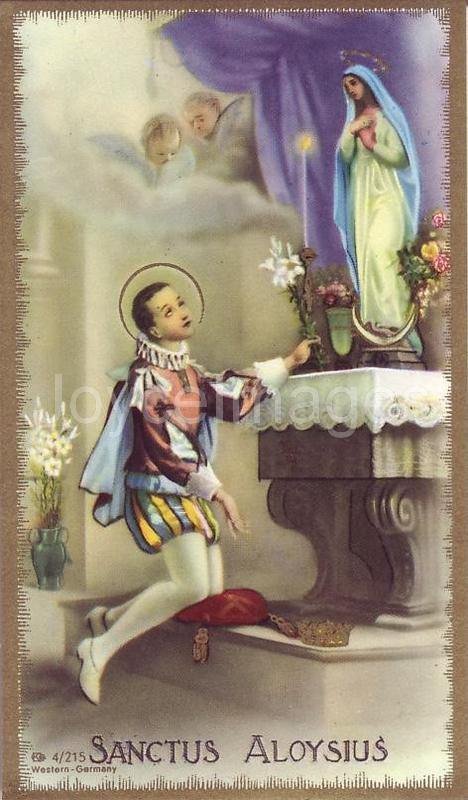 S. Aloysius Gonzaga (1568 - 1591) was of Italian nobility, the son of a compulsive gambler. He was trained from age four as a soldier and courtier. He suffered from kidney disease which he considered a blessing as it left him bed-ridden with time for prayer. While still a boy himself, he taught catechism to poor boys. At age 18 he signed away his legal claim to his family's lands and title to his brother, and became a Jesuit novice. He tended plague victims in Rome during the outbreak of 1591. Feast June 21.