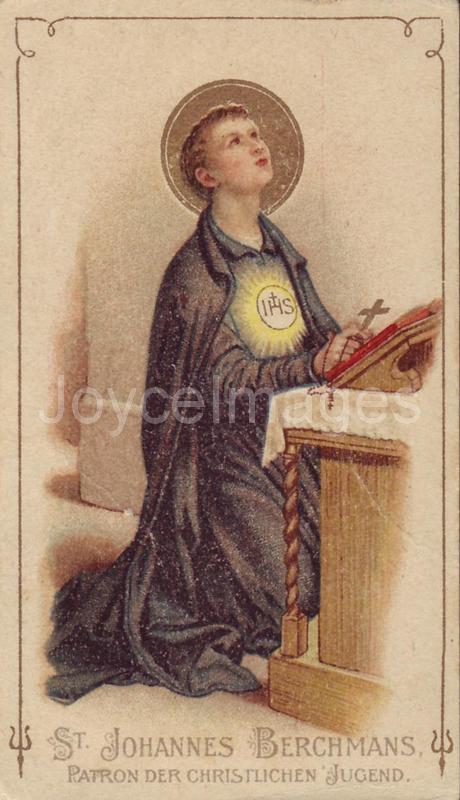 S. John Berchmans (1599 - 1621) was born in Driest (Belgium). He was the son of a shoemaker, and one of five children (three entered religious life). He spent much of his time caring for his sick mother, and showed great devotion to his position as an altar boy. He became a Jesuit novice in 1616. He studied at the Jesuit College at Malines, then philosophy in Rome. His dream was teaching migrants (he studied all the chief languages of Europe), and later working in China. He died before being ordained, of unknown causes, soon after a public debate on faith. Represented as he died, holding his rosary, crucifix, and the rule book of the Jesuit order. Feast November 26.