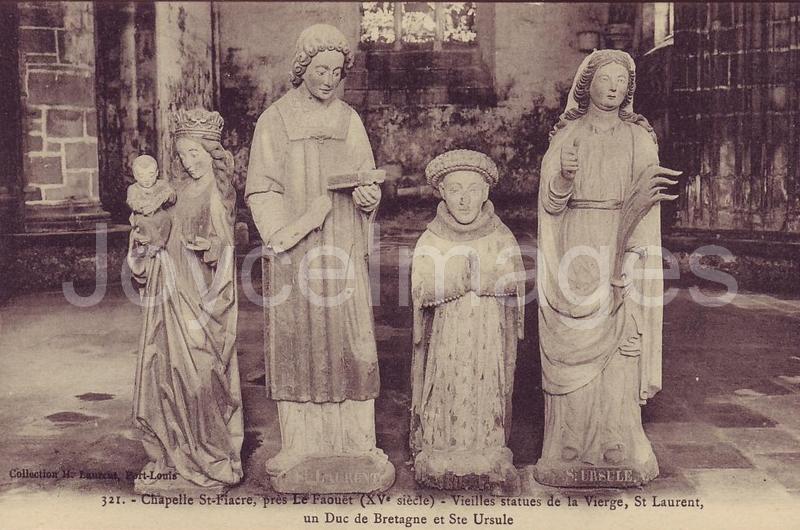 S. Fiacre (d. 670) was Irish. He was raised in a monastery, studied healing herbs, and had the gift of healing. His knowledge and holiness caused followers to flock to him. Seeking isolation, he fled to France. He asked S. Faro of Meaux, who was the bishop, if he could have land for a garden for food and herbs. The bishop promised as much land as Fiacre could entrench in one day. Fiacre walked around the perimeter of a plot he wanted, dragging his spade behind him. Wherever the spade touched, trees were miraculously toppled, bushes uprooted, and the soil was entrenched. This garden became a site of pilgrimage. Represented with a spade and/or vegetables. Feast August 30. This PC shows the Chapelle St Fiacre in Bretagne (France).