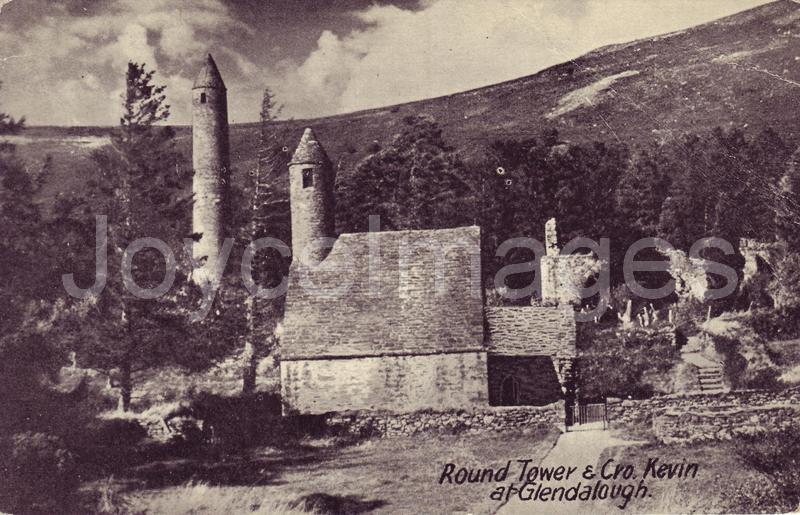 Many legends surround him. An otter caught salmon and brought it to his monks daily (until it over-heard a monk talking about killing it to make gloves). A man dreamed his epilepsy would be cured if he went to Glendalough and ate an apple from Kevin; as no apple trees grew in Glendalough, Kevin commanded a willow to grow apples. A blackbird landed in the palm of Kevin's hand while he was praying for Lent, and laid an egg there; the saint remained immobile until the egg hatched. This PC shows an Irish round tower and S. Kevin's chapel in Glendalough.