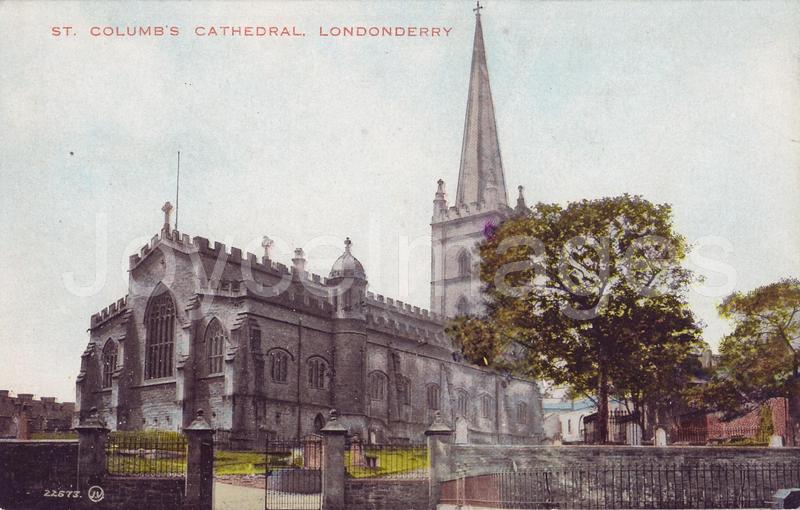 S. Columba was of royalty, the son of Fedhlimidh and Eithne of the Ui Neill clan. He was a bard, a priest, and an itinerant preacher throughout Ireland and Scotland. The spiritual student of S. Finnian, he was in turn teacher to S. Corbmac, S. Phelim, S. Drostan, and S. Fergna the White. He travelled to Scotland in 563. Exiled to Iona, he founded a monastic community there and served as its abbot for twelve years. With the monks of Iona, including S. Baithen of Iona and S. Eochod, he evangelized the Picts, converting many, including King Brude. Legend says he wrote 300 books. He died and is buried in Iona. Feast June 9. This PC shows S. Columb's cathedral in Londonderry.