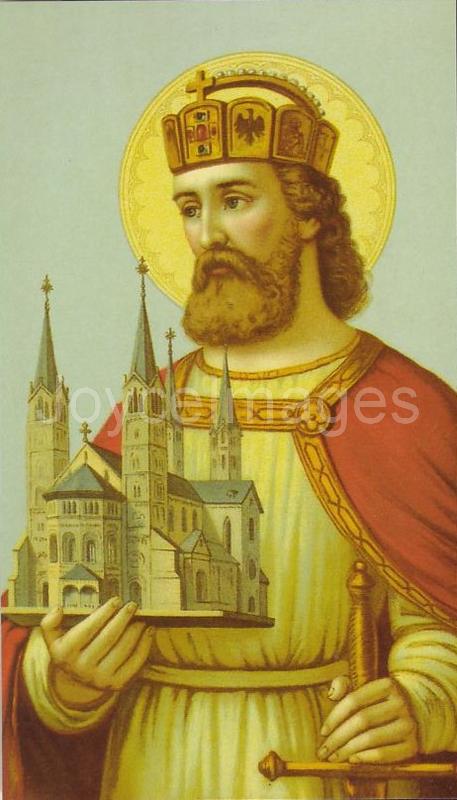 S. Leopold (1073 - 1136) was of Austrian nobility. At age 23 he succeeded his father as margrave (military governor) of Austria. He married Agnes, the widowed daughter of Emperor Henry IV. She brought two children into the marriage, and they had eighteen of their own, eleven of whom survived. He founded Benedictine, Cistercian, and Augustinian houses in 1106, and others later; some still exist in Heiligenkreuz, Klosterneuburg, and Mariazell. He defeated the Hungarians to defend his homeland. He refused the throne of the Holy Roman Emperor in 1125. He was active in support of the First Crusade. Represented as an armed man with a cross on his coronet, a banner with three eagles, and a model of the church of Heiligenkreuz in his hand; man hunting with his courtiers, and finding his wife's veil near the monastery of Klosterneuburg; with his building Klosterneuburg. Feast November 15.