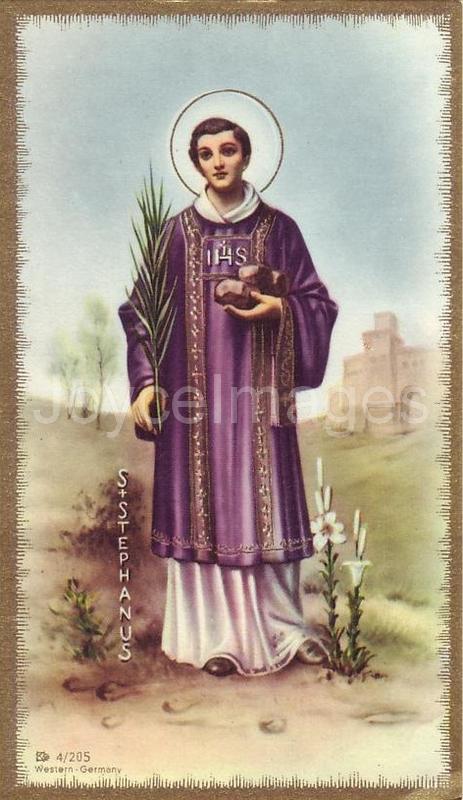 S. Stephen (1st c.) was the first Christian Martyr. The Acts of the Apostles relate that, while preaching the Gospel in the streets, he was stoned for blasphemy by an angry mob (ca. AD 33). On the side of the mob was a man who would later be known as S. Paul. Represented as a deacon carrying rocks, often with the palm of martyrdom. Feast Dec 26.