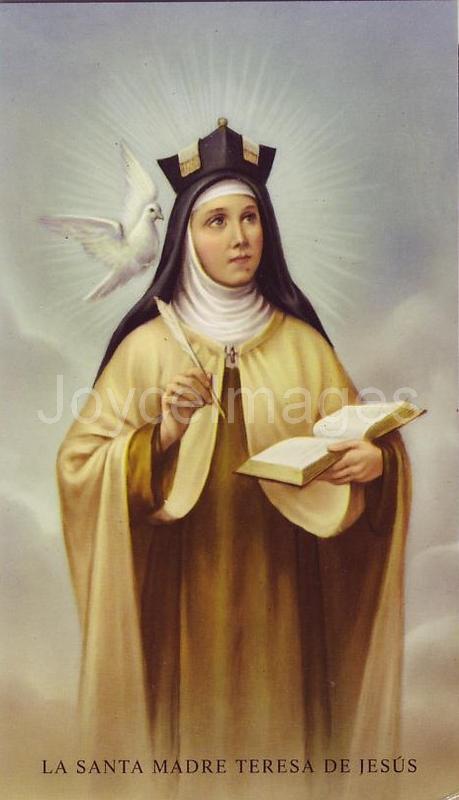 "and by Teresa of Avila, calced and other: and friars, brown and grey, sons of poor Francis, capuchins, cordeliers, minimes and observants and the daughters of Clara" (U12.1683)

Calced = wearing shoes, discalced = barefoot. There are two branches of the Carmelites: the Ancient Observance (O. Carm.), and the reformed Discalced (O.C.D.) founded by S. Teresa of Avila. S. Teresa of Avila (1515 - 1582) was of Spanish nobility. At age 17, she entered a Carmelite house against her father's will (he later relented). In 1538, she started having attacks of catalepsy, in 1555 visions, and in 1558 raptures. She was examined by Dominicans and Jesuits who pronounced the visions holy and true. Finding the convent too lax, she started a new order, the Discalced Carmelites, with stricter rules for the nuns. She thus founded the convent of S. John of Avila (1562), and other reformed houses throughout Spain. She wrote an account of her life, and is a Doctor of the Church. Her relics are preserved at Alba de Torres. Represented as a Carmelite nun, holding a pierced heart, book, crucifix, or quill, or receiving a message from a dove. Feast October 15.