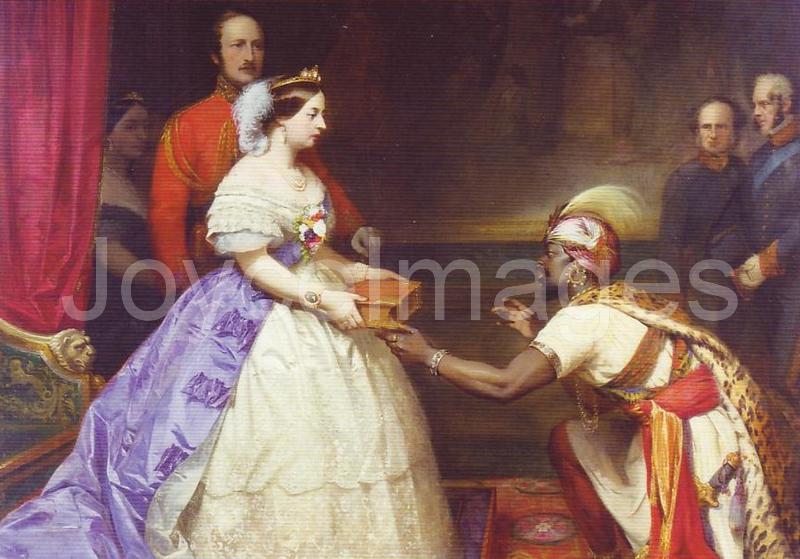 "The delegation partook of luncheon at the conclusion of which the dusky potentate, in the course of a happy speech, freely translated by the British chaplain, the reverend Ananias Praisegod Barebones, tendered his best thanks to Massa Walkup and emphasised the cordial relations existing between Abeakuta and the British Empire, stating that he treasured as one of his dearest possessions an illuminated bible, the volume of the word of God and the secret of England's greatness, graciously presented to him by the white chief woman, the great squaw Victoria, with a personal dedication from the august hand of the Royal Donor." (U12.1518)