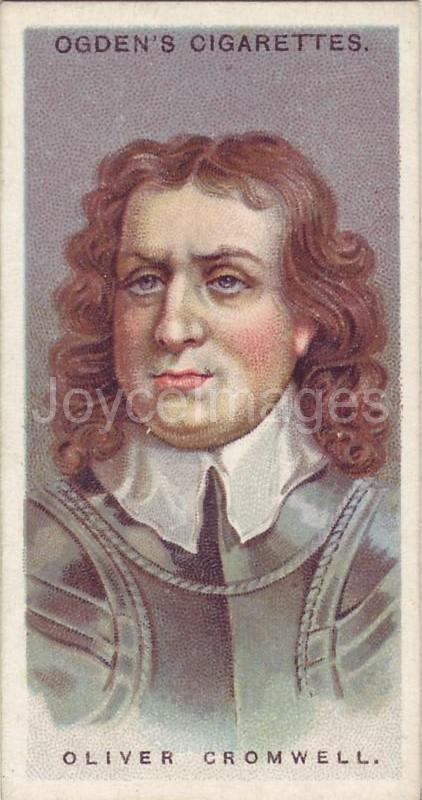 "What about sanctimonious Cromwell and his ironsides" (U12.1507)

The back of this cigarette card reads: "Oliver Cromwell (1599 - 1658). Lord Protector of England, was born in Huntingdon, 1599. He showed great audacity in opposing the government of Charles I. He joined the parliamentary army, initiated important military reforms, commanded all the horse, and became one of the greatest cavalry leaders in history. At Marston Moor (1644) he earned the name of Ironsides from the strength of his troops which could not be broken. Totally defeated Charles I at the decisive battle of Naseby (1645) and at Worcester (1651) finally aniihilated the royalist forces. Cromwell's art of war was two centuries in advance of his time. He was brave and fearless, and a man of truth and justice. He died in 1658."