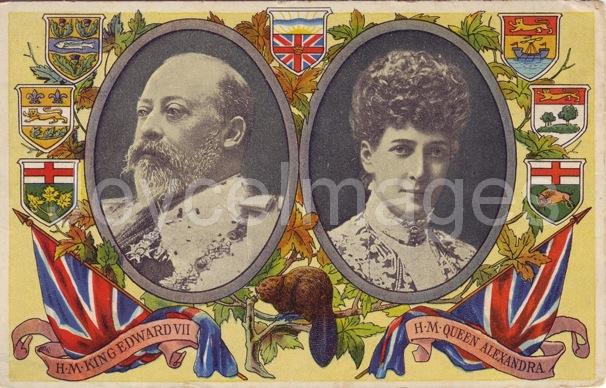 Edward Prince of Wales married Princess Alexandra of Denmark on March 10th 1863. He treated his marriage with indifference. Alexandra was aware of most of his affairs, and accepted them. His mistresses included Lily Langtry and Sarah Bernhardt (actresses), Jennie Jerome (mother of Winston Churchill), and Alice Keppel (a courtesan, who was allowed at his deathbed). The couple had 6 children, including future king Georges V.