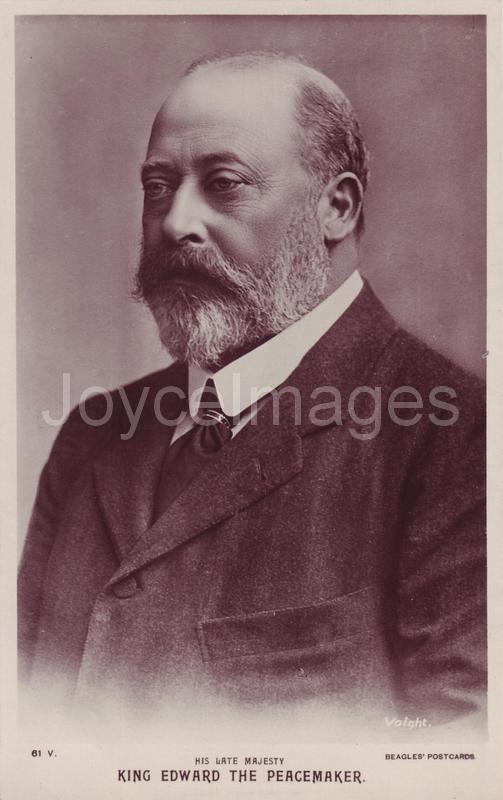 "- Well! says J.J. We have Edward the peacemaker now.
- Tell that to a fool, says the citizen. There's a bloody sight more pox than pax about that boyo. Edward Guelph-Wettin!" (U12.1399)

From EB 1911: "In his first two years the king had already earned the title of Edward the Peacemaker. Treaties of arbitration were concluded by Great Britain with France, Spain, Italy, Germany and Portugal in 1903 and 1904. This reputation was confirmed in the years which followed. The entente cordiale with France was promoted by his influence, notably by his reception of President Fallieres in England in 1908. The conclusion of the Anglo-Russian agreement (1907), hotly criticised in Radical quarters, was attributed with some reason to royal policy."