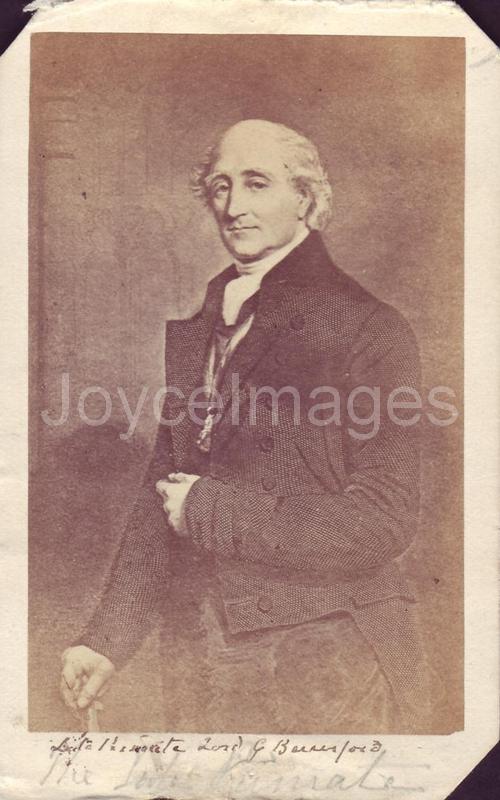 "-A rump and dozen, says the citizen, was what that old ruffian sir John Beresford called it" (U12.1338)

John Beresford (1738 - 1805) is an Irish architect and influencial politician. He graduated from Trinity College in 1757, entered parliament in 1760, became a Commissioner of Revenue in 1770, and First Commissioner in 1780. He was the principal Irish advisor to Prime Minister William Pitt, and wielded considerable influence in Ireland through both his position and family connections. As a Wide Streets Commissioner, Beresford was responsible for bringing the architect James Gandon to Dublin to design the Custom House (where he took an apartment) and the Four Courts. After the 1798 rebellion, Beresford turned the stables of his home, Tyrone House, into a torturing barracks. It is for this unfortunate lapse into barbarity, rather than his political and architectural accomplishments, that he is mainly remembered.