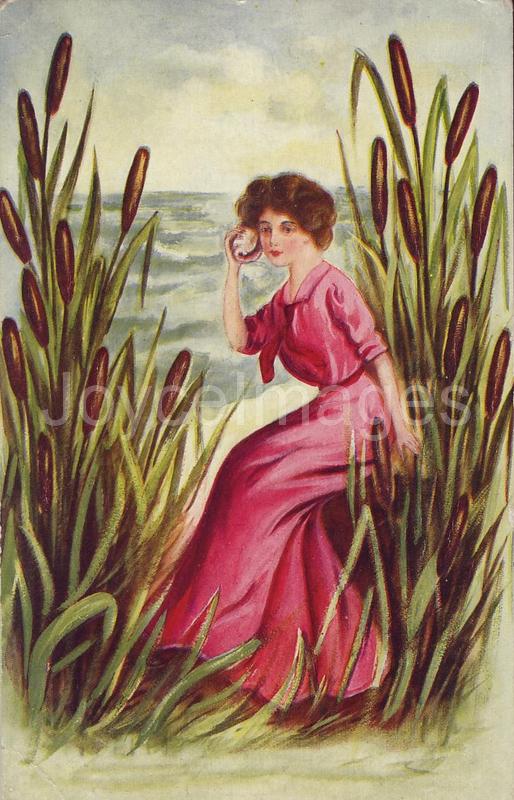 "To the end of the bar to him she bore lightly the spiked and winding seahorn that he, George Lidwell, solicitor, might hear.
- Listen! she bade him.
Under Tom Kernan's ginhot words the accompanist wove music slow.
Authentic fact. How Walter Bapty lost his voice. Well, sir, the husband took him by the throat. Scoundrel, said he, you'll sing no more lovesongs. He did, faith, sir Tom. Bob Cowley wove. Tenors get wom. Cowley lay back.
Ah, now he heard, she holding it to his ear. Hear! He heard. Wonderful. She held it to her own. And through the sifted light pale gold in contrast glided. To hear.
Tap.
Bloom through the bardoor saw a shell held at their ears. He heard more faintly that that they heard, each for herself alone, then each for other, hearing the plash of waves, loudly, a silent roar." (U11.923)