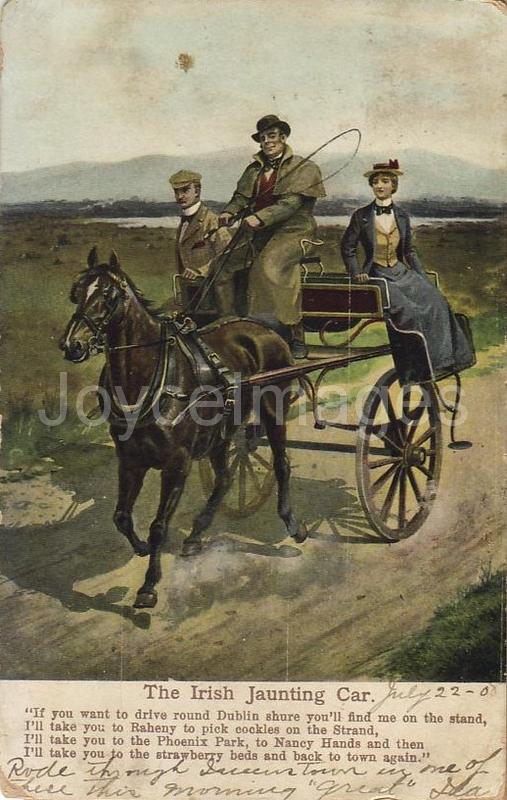 The Jaunting Car was a popular mode of transportation in 19c. Dublin. There are several songs celebrating 'The Irish Jaunting Car' such as reproduced on this PC. The oldest I came across was written in the 1850s by the American entertainer Valentine Vousden; its tune was later borrowed for the Confederate song 'Bonnie Blue Flag;' it is listed in 'Beadle's Dime Song Book' from 1860.