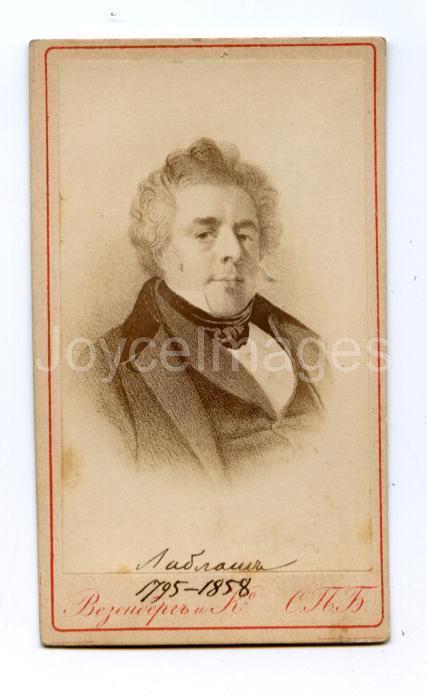 From Wikipedia: Luigi Lablache (1794 – 1858) was an Italian opera singer of French and Irish heritage. He possessed a powerful and agile bass voice, a wide range, and adroit acting skills. A physically imposing man, his voice was at all times extraordinarily powerful; but he could produce comic, humorous, tender, or sorrowful effects with equal ease and mastery. As an actor he excelled equally in comic and tragic parts. His chief rôles were Leporello (his signature role) in Mozart's Don Giovanni, Geronimo in La gazza ladra, Dandini in La Prova d' un' Opera Seria, Henry VIII in Anna Bolena, the Doge in Marino Faliero, and Oroveso in Norma. He created the title role in Donizetti's Don Pasquale in 1843. In 1836-37 he taught singing to Princess Victoria of the United Kingdom, the later Queen Victoria.