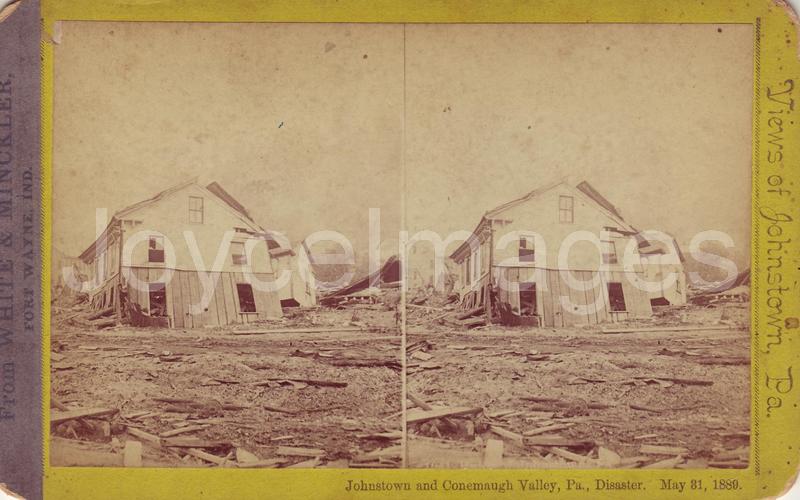 "In America those things were continually happening." (U10.90)

Several large scale disasters indeed took place in America around the turn of the century, and were extensively covered in the news:
* The Great Chicago Fire, 1871. It consumed > 2,000 acres of Chicago's urban landscape, leaving some 17,500 buildings in rubble. One third of the city's 300,000 residents were left homeless, and 300 people died.
* The Johnstown Flood, 1889 (shown in the SV). After several days of heavy rain in the spring of 1889, Lake Conemaugh, a man-made lake in southwestern PA, broke through its dam. Within an hour, a gigantic wave of water flooded and destroyed the town of Johnstown 14 miles away. Some 2,000 people died. Many survivors awaited rescue for days on top of broken homes and debris.
* The St Louis Tornado, 1896. It ripped through the core of the city of St. Louis MO, reaching into St. Clair County, IL. It was one of a large series of tornadoes April-November that year. At least 255 people died and >1000 were injured.
* The Galveston Hurricane, 1900. It struck Galveston TX on Sept. 8th at 135 mph. Nearly a fourth of the city's 38,000 residents died, and 3,600 homes were destroyed.