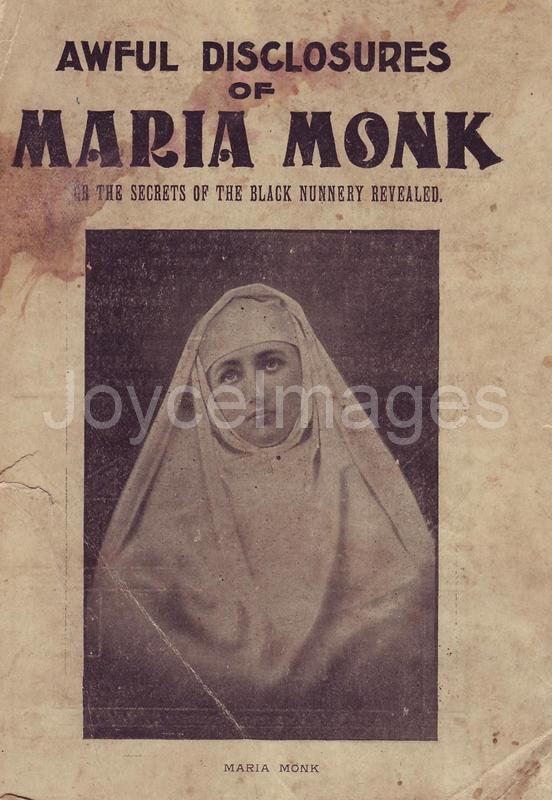 "Mr Bloom turned over idly pages of The Awful Disclosures of Maria Monk" (U10.585)

The book was publised in 1836 and exposed scandalous events that, according to Maria Monk, occurred at the Hotel Dieu convent in Montreal. Her central claim was that convent nuns were having sex with priests from the neighboring seminary, who came through a secret tunnel. Babies born of these illicit encounters, Monk claimed, were baptized, killed, and dumped in a lime pit. Monk said that, after 7 years in the convent, she had become pregnant and fled to avoid her child being killed. Monk's book caused an enormous public outcry that fed on the prevailing anti-Catholic sentiment of the era. Leading protestants in New York and Montreal demanded an investigation, and the Bishop of Montreal finally authorized it. It was conducted by Col. William Leete Stone, a New York City newspaper editor. It included walking around the convent with Maria Monk's book in hand, comparing her descriptions with reality. The investigation proved Maria Monk a sham. 'The Awful Disclosures' is still in print, and can usually be found in the BDSM section of bookstores.