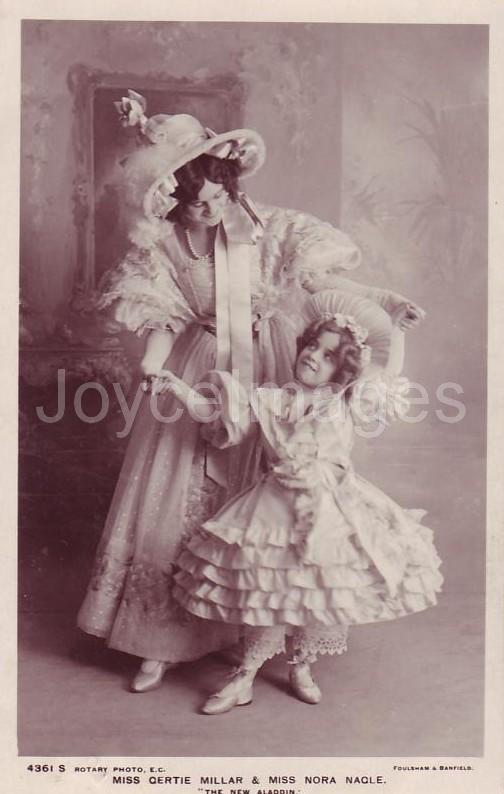 "like Susy Nagle's. They kick out grand. Shannon and all the boatclub swells never took his eyes off her." (U10.384)

I do not know who Susy Nagle is, but I put this PC for 2 reasons: it shows Nora Nagle with a nice skirt that would kick out grand; also, it shows stage actress Gertie Millar who later married Lord Dudley (William Humble, Lord Lieutenant of Ireland in 1904), after his wife Rachel died.