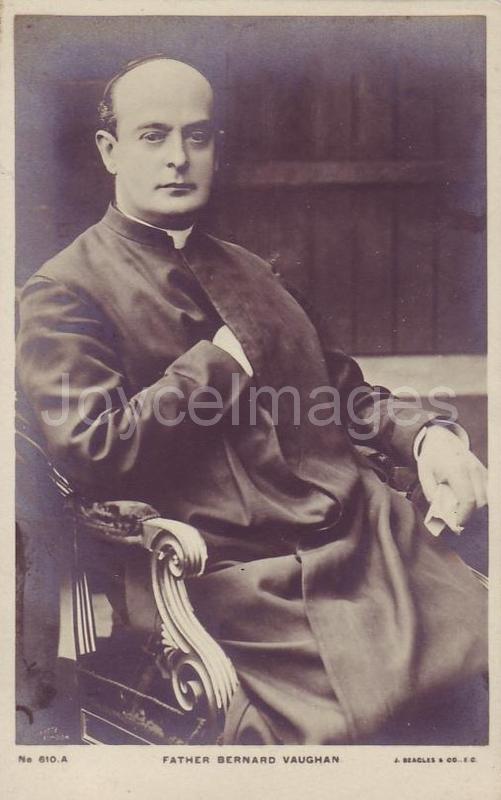 Father Vaughan was English. The Gentlewoman magazine (1890), reporting on a Catholic Bazaar in St. James Hall, says: "He comes from a good old Catholic family, the Vaughans of Courtfield, Hereford, and is connected with the Earls of Pembroke, the Arundels, Cliffords and Lovatts..." It mentions the Vaughan family's devotion to the Catholic Church, as three of Bernard's brothers (Archbishop of Sidney, Bishop of Salford, and benedictine Prior Jerome Vaughan) were also ecclesiats. It also adds that "the Bishop and his Jesuit brother are two of the most striking-looking men in the city..." This may partly explain Mrs. Sheehy's enthusiasm.