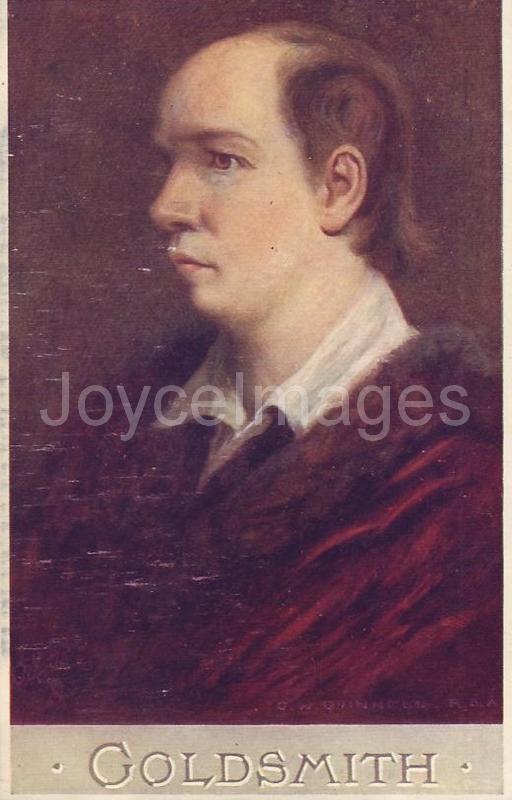 Oliver Golsmith (c.1730-1774) was an Anglo-Irish writer, poet, and physician. His best known works are the novel 'The Vicar of Wakefield' (1766), the pastoral poem 'The Deserted Village', and the plays 'The Good-Natur'd Man' (1768) and 'She Stoops to Conquer' (1771).
Goldsmith earned his Bachelor of Arts at Trinity College (1749), studying theology and law. He later studied (medicine) at the Univ of Edinburgh and the Univ of Leiden, and at the Univ of Padua (1755 and 1757) then toured Europe, living on his wits.
He then settled in London and worked as an apothecary's assistant. Perennially in debt and addicted to gam/bling, Goldsmith had a massive output as a hack writer for the publishers of London, but his few painstaking works earned him the company of Samuel Johnson, along with whom he was a founding member of 'The Club'. He is buried in Temple Church.