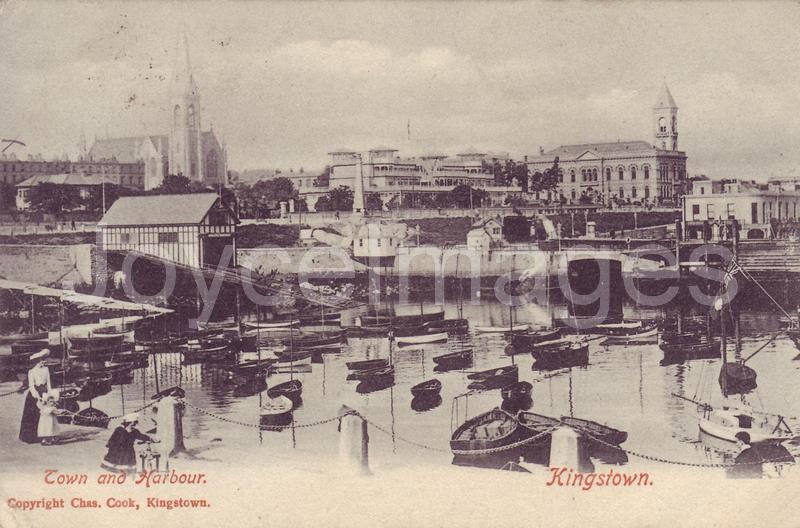 Kingstown was so named in 1821 (it was previously Dunleary), following a visit by King George IV. The King landed at Howth on August 12th, and made his public entry into Dublin five days later, driving by the North Circular Road to the Viceregal Lodge in Phoenix Park. He left Ireland on September 3rd from Dunleary, the foundations of whose harbour had been laid four years previously. Henceforth Dunleary was renamed Kingstown, and a monument placed to commemorate the event.