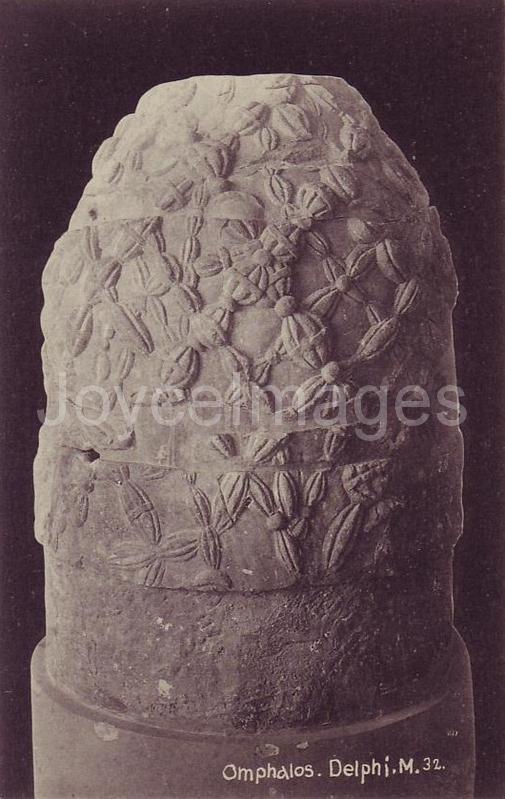 From Wikipedia: An omphalos is an ancient religious stone artifact, or baetylus. In Greek, the word omphalos means 'navel'. According to the ancient Greeks, Zeus sent out two eagles to fly across the world to meet at its center, the 'navel' of the world. Omphalos stones used to denote this point were erected in several areas surrounding the Mediterranean Sea; the most famous of those was at the oracle in Delphi (shown). Most accounts locate the Omphalos in the temple adyton near the Pythia. The stone itself (which may have been a copy) has a carving of a knotted net covering its surface, and has a hollow centre, which widens towards its base. The Omphalos at Delphi came to be identified as the stone which Rhea wrapped in swaddling clothes, pretending it was Zeus. This was to deceive Cronus, his father, who swallowed his children so they could not grow up and depose him as he had deposed his own father, Uranus.