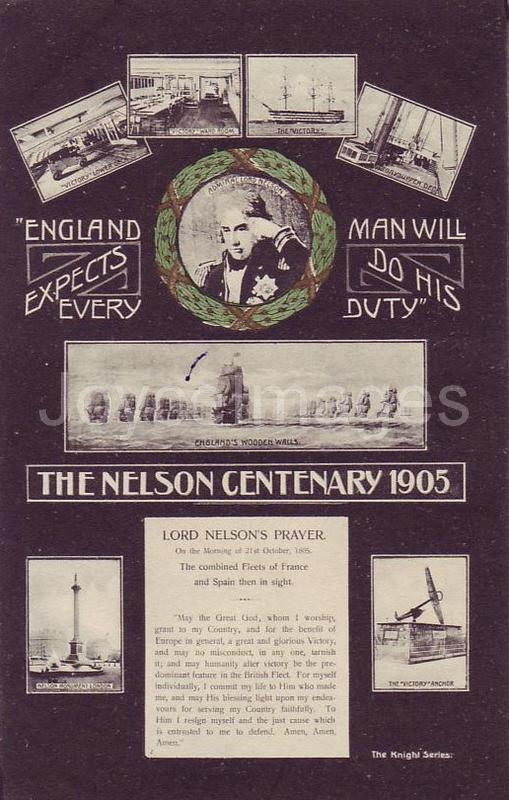 "He turned to Stephen and said:
- Seriously, Dedalus. I'm stony. Hurry out to your school kip and bring us back some money. Today the bards must drink and junket. Ireland expects that every man this day will do his duty." (U1.465)

"England expects that every man will do his duty" was a message sent in signal by Lord Horatio Nelson to the British fleet, minutes before the Battle of Trafalgar, October 21st 1805. The battle of Trafalgar was the most decisive naval engagement of the Napoleonic Wars. Lord Nelson lost his life in it.

In 1811, the tenor John Braham composed a song, 'The Death of Nelson', that immediately became immensely popular throughout the British Empire. It included the words of the signal, but they were altered to "England expects that every man this day will do his duty" to fit the metre. Mulligan quotes the adulterated version.